This year has seen more than its fair share of unwelcome headlines, yet one from September will have resonated with fashion designer Patrick Grant more than most. “UK factory output dives to a seven-year low,” came the news, off the back of a snapshot taken from IHS Markit and the Chartered Institute of Procurement and Supply (the body that the Treasury relies on for early warning signs affecting the British economy). 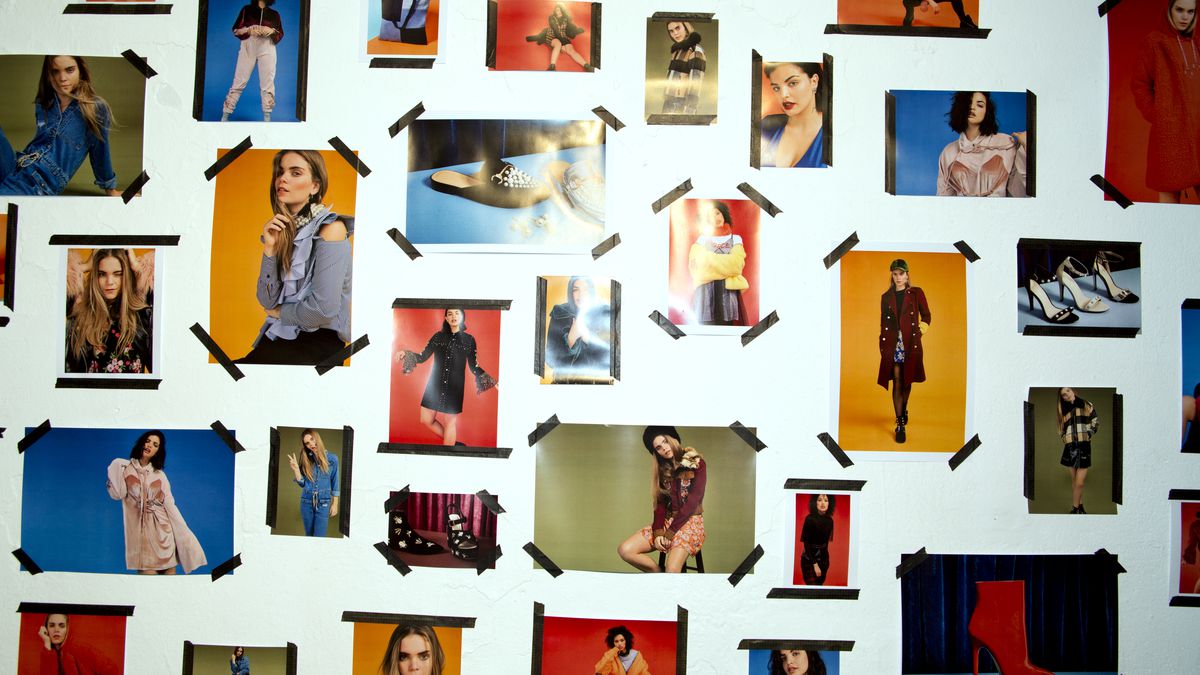 It confirmed what we all know: that the British manufacturing industry is in dire straits. But for Grant, it will have served as a reminder of the importance of his Community Clothing initiative. Established in 2016, it was designed to be a lifeline to the fashion manufacturing workforce in the UK, addressing and maximizing British factories’ capacity. The idea first came to Grant when he bought his own factory in Blackburn and looked at its operating. “What was really clear was that it needed good, steady work that it could do in the periods when it was quiet.” The concept is elementary in its essence. Grant wants to turn the quiet periods on the factory floor – where employees have nothing to do or, in worst cases, are laid off until the work starts to pick up again – into efficient use of time. To do this, he has created a brand (also called Community Clothing) that produces timeless wardrobe staples for both men and women, for which he’s certain there will be an ongoing demand.

“We deliberately call it clothing because my opinion is that fashion has become a grim place. With everything we know about the badness of fast fashion, it’s becoming difficult to wear things with any lasting joy.” Grant calls it “a social enterprise” which has three aims: to make great clothes that are sustainable, affordable, and well made; to create and sustain quality jobs in towns that were once alive with clothing-manufacturing activity, and to restore civic pride in communities and consumers. After introducing it to his own factory, where he employs 38 people from the local area, Community Clothing now works with 25 factories and suppliers in the UK and has created more than 124,000 hours of skilled work, which is paid at the National Living Wage.

“The idea that simple, manufactured goods need to be made in low-labor-cost countries is no longer valid because automation and technology have changed the game. We won’t return to the past’s industrial economy, where we had 1.5 million people making this stuff, but we could create a serious number of sustainable jobs. Engineers to run advanced manufacturing equipment, IT specialists to create the software that runs all this – it’s not necessarily people who know how to make clothes.” At £22 for a T-shirt and £39 for a sweater, he can keep it cheap by not spending money where brands traditionally do. This means direct-to-consumer retailing and no seasonal collections. Last year the brand spent just £428 on marketing, which is where large portions of the profit usually get eaten up.

The community is expanding. You’ll find fabrics spun in Dukinfield, knitted in Leicester, sewn-in Blackburn, printed in Blackpool, finished in Burnley (the list goes on), while jumpers are made in Hawick and scarves in Ayrshire. Former factory employees in Tredegar in South Wales, who lost their jobs when all six of the local factories closed, have been recruited to make a new line of underwear in time for Christmas. If they sell well, Grant is committed to employing more of their former colleagues. “We think we can create 5,000 jobs in the next 10 to 15 years if we are successful.” Employees are embracing the initiative. “In our factory, everyone sees this as a solution,” says Grant. “They are supportive and thankful we are creating a sustainable business route. The UK has turned its nose up at factory work, but the truth is most people who work in the factories love it. There is great camaraderie. There is pride.”

It’s not just about existing workers, but future-proofing, too. “There aren’t the same number of people trained to do what we need, so we need to create a separate stream in schools that takes care of those who aren’t naturally academically minded. If we make manufacturing cool and sexy, people will want to do it and for many it will be far more rewarding than struggling through a uni degree that doesn’t really lead anywhere,” says Grant. It’s basically about setting different objectives,” he continues. “That’s what is exciting about the social enterprise: it’s not about creating riches for already rich people, it’s about a new set of constituents and serving the community, serving employees and making customers feel good about doing something that has been forgotten for a long time.” Now that’s a headline we can get on board with.

For the global fashion industry, India is a massive exporter of fabrics and accessories. Indian ethnic designs and materials are considered a significant facet for fashion houses and garment manufacturers all over the world. In fabrics, while sourcing for fashion wear, India also plays a vital role as one of the biggest players in the international fashion arena. India’s strengths not only depend on its tradition but also on its raw materials. World over, India is the third-largest producer of cotton, the second-largest producer of silk, and the fifth largest producer of human-made fibers.

In the international market, the Indian garment and fabric industries have many fundamental aspects that are compliant, in terms of cost-effectiveness to produce, raw material, quick adjustment for selling, and a wide range of preference in the designs in the garments like with sequin, beadwork, aari or chicken embroidery, etc., as well as a cheaper skilled work force. India provides these fashion garments to the international fashion houses at competitive prices with shorter lead time and an effective monopoly in designs which covers elaborated hand embroidery – accepted world over. India has always been considered a default source in the embroidered garment segment, but the rupee changes against the dollar have further decreased the prices, thereby attracting buyers. So the international fashion houses walk away with customized stuff, and in the end, crafted works are sold at very cheap rates.

What is the effect of cooked vs. Raw food at the gut?